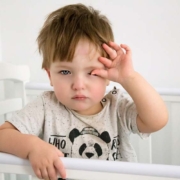 How many times have you had a feeling that a child was being abused? Maybe you saw a parent exhibit a temper and the child shriek with fear. Or a peculiar mark that the child had difficulty explaining. Are the signs SO evident? Do you have to read an educated article or take a class to be aware?

I remember once I brought up that I am working for anti-child abuse efforts. The parents were silent. Either they did not understand or they didn’t care about charity. But another idea crossed my mind later. Did they have a history of child abuse occurring in their household…perhaps below the radar. So their guilt didn’t allow for them to react. I will say that this was only a thought, and not a really feeling that they were the type to abuse their child. But isn’t that the question at hand? Are we realizing when a child is crying for help, even when the signs are not easily evident? Are we awake…?

In the USA, more than 4 children die from abuse each day. Abuse increases the occurrences of other negative acts, such as:

These acts promote societal breakdown by removing children (and women) from their communities and fuels organized crime groups that usually participate in other illegal acts, such as drugs and weapons trafficking. Organizations exist globally, but the number of individuals supporting the cause doesn’t scale to the number of victims suffering from abuse.

I am not the one to surf the WEB all day. But I came across one of the most horrific and heartbreaking clips that I have seen in a while. And perhaps it is because I do not watch to news as much as I should. But the person who posted the comment has been receiving mixed emotions, with some saying he is disgusting for continuing to the post, others defending that he is making it known to the public for awareness purposes, and then basically the rest commenting directly on the events taking place in the this video.

So my question is… Wouldn’t you rather post several times, versus just once, so that more viewers can see that child abuse is REAL?

I am the worst blogger ever. I have been gone for a while now, with traveling back to the states and all some time back. And this story compelled me to write. Life is really screwed up. And it is crazy to me how much our eyes are wide shut.

I know this video can be a bit disturbing. And you are entitled to have your opinion that I shouldn’t share it because it is too “graphic”. But the truth is, it is real. It is happening. And people are not aware. And many that are stand by and allow it to happen. I hope you are able to understand the reason I chose to post this somewhat controversial clip on my page.

Let’s bring awareness to our communities. Our children our dying!! How are we making a contribution?

National Missing Children’s Day is on May 25, 2015. The night before this event I will be on an airplane on a tedious and tiring flight I imagine. But I intend to make a contribution. Even if you are reposting something that brings awareness to this issue, you are making a contribution. Let’s do our part and work together to end child abuse.

Here are a few sites with some helpful information: